This review is contribution to the blogathon of Fist of B-List. 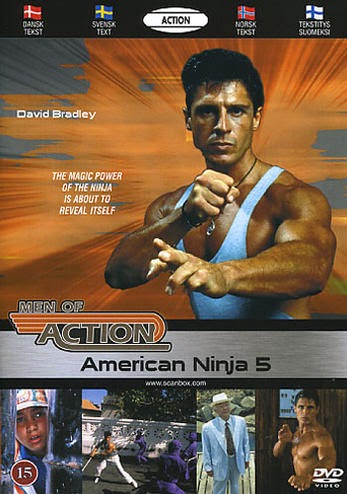 Directed by: Bob Bralver
Written by: George Saunders, John Bryant Hedberg
Starring: David Bradley, Lee Reyes, James Lew, Anne Dupont
Source: Region 2 dvd
Distributor: Scanbox
Length: 98 min.
Cannon group has it´s own underdog, born under the name of Brad Simpson aka David Bradley. Bradley got involved a dozen of B-action movies during the depression of self-defence action. He did not evaporate in vain, although only a handful of people believed in his success to deliver asskicking action to the VHS-market. However, being a Ninja isn´t always easy. With a help from sidekicks like Steve James or Michael Dudikoff, it´s a lot easier. I this case, the hit rate sank in to the depths of toilet. Let´s take a look, what could possibly cause this to happen. 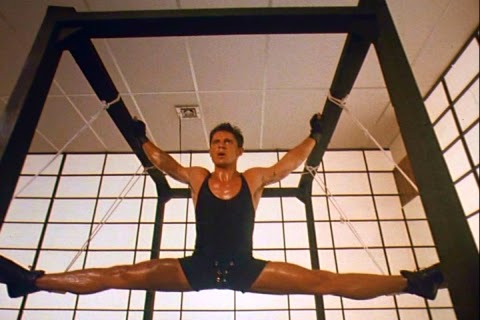 Joe Kastle (David Bradley) is a martial arts dude, who has to
watch over his own sensei´s inefficient nephew Hiro (Lee Reyes). Joe´s new date Lisa, however (Anne Dupont) mysteriously gets kidnapped during the supper by a goofy looking Ninjas. Joe and Hiro decide to risk their lives to set up a rescue attempt. They soon find out, that Lisa´s father is a scientest, who is forced to develop a poison gas for evil businessman Glock (Clement von Francenstein COOL), in exchange for his daughter´s life. Joe and Hiro have to apply their skills to face an army of multicolored Ninjas and their deadly leader, Viper (James Lew). 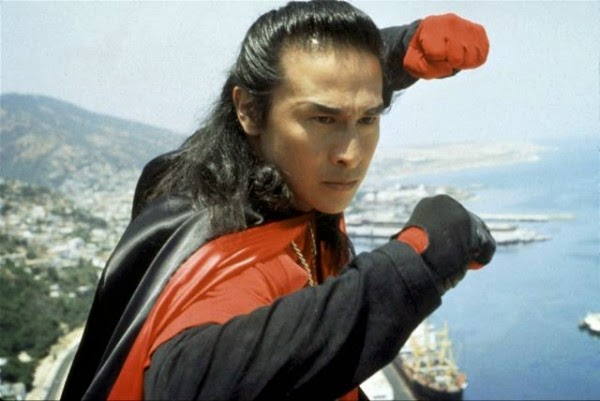 In these kind of films the plot is not the most important factor, but it has to make some sense whatsoever. This one has one, but it´s way too ridiculous. The whole structure of the film is a collection of cliche´s here and there. The dialogue has some ballsweaty juicyness in it, and i wondered many times, that Bradley could keep a straight face. That´s very admirable.

The characters are mostly annoying and boring, with few exeptions like Flathead (Mark Fiorini), who has some funny output scenes and the most manliest look with bald head and fashionable tasche. Hiro´s character is the most annoying sidekick, i could ever imagine. He doesen´t have any kind of self-preservation or even talents to be a stand-up comedian, which he so desperately tries to be. Bradley is a bit nervous and frustrated , but the most talented actor of the whole movie. It was also a cheap trick to plant Mr. Miyagi on the front cover of other publisher´s prints. He´s screentime is less than three minutes or so. Last, but not least: Let us not forget all those random Ninjas, jumping around with their plastic swords. At least they bring some color on the screen. 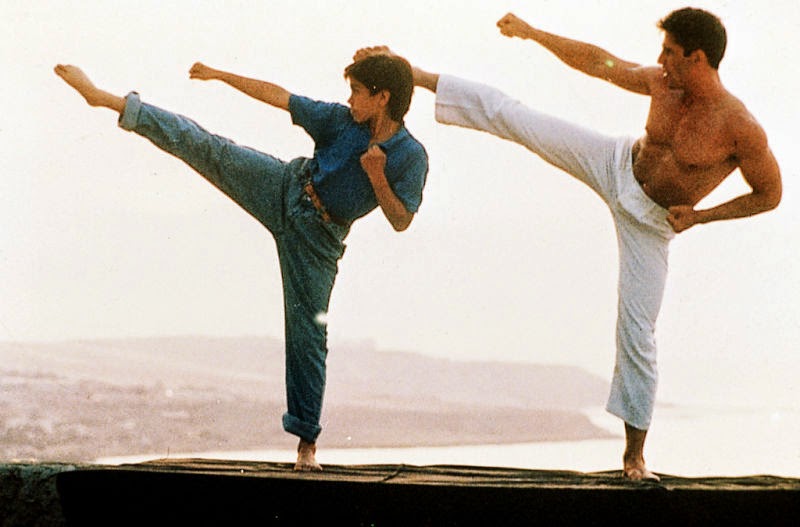 I wouldn´t approve of this movie as an American Ninja-series, as this gets lost too much in the sidelines compared to previous films. It would have been much easier to digest under the original title, American Dragons. I wouldn´t recommend this for too serious people, but i´d definetly watch this again with the younger generation. This is a good movie to grow more violent side. 6/10. 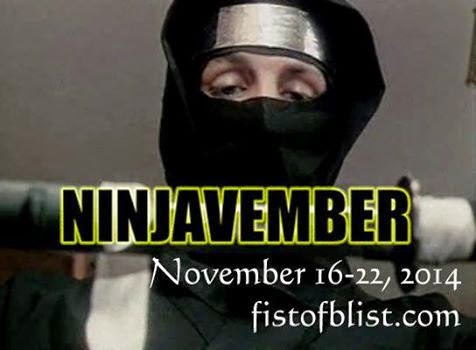